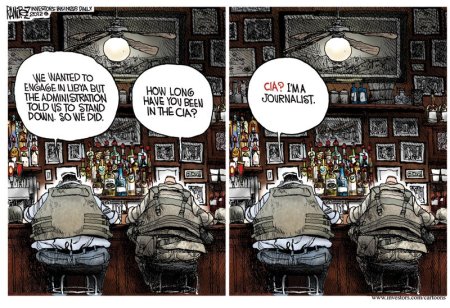 The Benghazi debacle is big news, with new information about the administration’s incompetence and/or indifference coming out almost every day. But the news media wants to talk about anything else, and it’s pretty obvious why.

Most telling is the Sunday morning talk shows, where only Fox News thought the latest revelations were worth discussing. On NBC’s Meet the Press, David Gregory even went so far as to cut off a guess who brought up Benghazi.

UPDATE: John Hinderaker compares New York Times’s treatment of Benghazi to its 2004 drumbeat on the Al Qaqaa, a non-story about an unsecure ammunition dump from which as much as 0.06% of Iraq’s munitions might have been looted. The Times immediately abandoned the story after the 2004 election, tacitly acknowledging its unimportance.

This entry was posted on Friday, November 2nd, 2012 at 11:23 am and is filed under Media Failure. You can follow any responses to this entry through the RSS 2.0 feed. You can leave a response, or trackback from your own site.